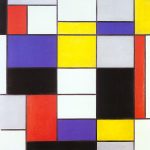 Language plays a central role in framing, as we daily choose which nouns and verbs describe or frame a given situation. For some languages, researchers created databases (called FrameNets) containing rich collections of conceptual schemas (frames) that describe situations from a certain perspective. These frames are connected to words and sentences that express them. Several lexical resources exist for Dutch, but no FrameNet. Moreover, we have limited knowledge of the variation of framing in Dutch and how this compares to other languages.

The project’s objectives are: